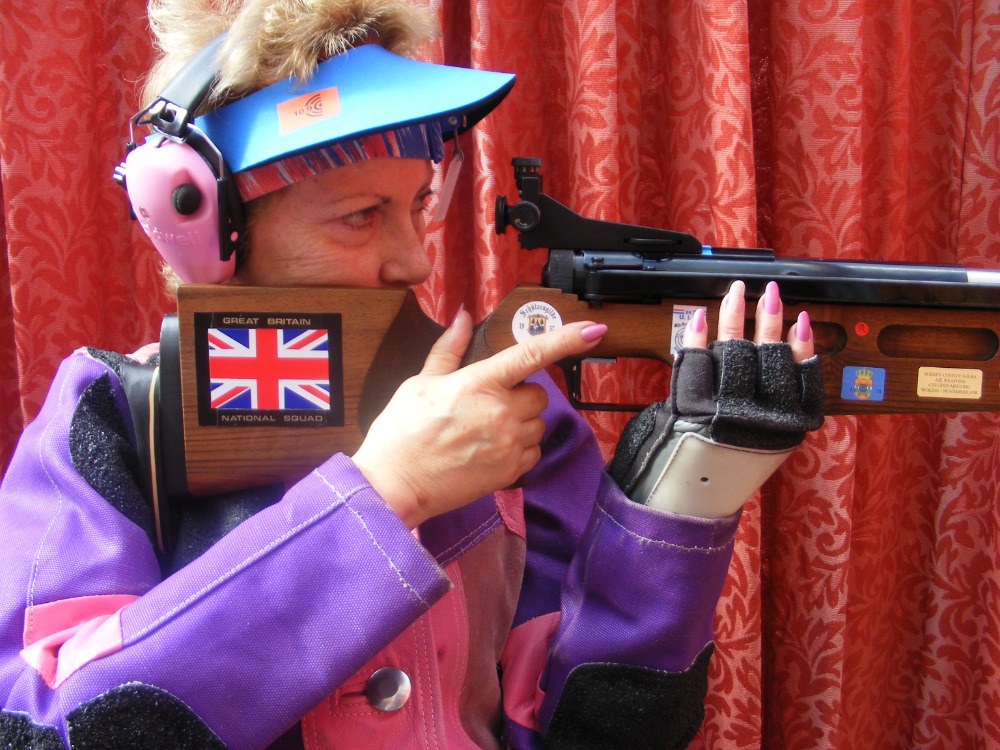 Norwich City Target Club started in 1972 as “Norwich and District Air Weapons Club”, shooting once a week in a hall on the University of East Anglia site. The club had Air Rifle and Air Pistol shooters, and at that time shot mostly at 6 yds, and occasionally at the International distance of 10 metres.

Members took part in the National Championships that were held at Cosford for 6 yards under the auspices of the National Air Rifle and Pistol Association (NARPA), as at that time the NSRA (National Small bore Rifle Association) had little available in air events.

Around the mid 1970’s the NSRA hosted the European Air gun Championships in London in 1975. This promoted the interest in the International distance for air at 10 metres in the UK and the club by this time had members in the GB team, and a strong contingent of members were attending the British Air championships at Cardiff, it had become an annual club outing with regularly 10 members attending.

In the late 1970s the club had out grown the UEA hall, and took on the rent of a permanent building at the Norman Centre in Norwich, and also changed it name to the Norwich City Target Club (NCTC). The new range was 5 firing points, and with hand wound target changers, revolutionary for the day in the UK! By this time the club was also affiliated to the Norfolk County Rifle Association and had become the counties Air Section, and was running the County Championships, it was now only shooting at 10 metres, and had National Squad members in both Rifle and Pistol.

In 1983 the club needed to find a new range, and it took a lease at Wensum Lodge in Norwich and developed over the years with electric target changers from initially 6 points in 1983 to 12 firing points in 2015 all at 10 metres. The club had GB team members in both Rifle and Pistol disciplines, and the club pistol team continually raised the UK National teams record over that period at Wensum Lodge, the final one still stands.

In 2018 the club lost its range and was unable to find a replacement, so the club was put into temporary suspension. Members have continued to shoot and compete as members of other clubs, and in 2021 a small group of NCTC members discovered a new location, and the decision was taken to reform the club.

It is now in its first reformed year, a club that welcomes air gun hobby shooters, as well as people determined to reach the ranks of National teams in what is now the premier Olympic shooting event.  The club is determined to rise from the ashes, and looking forwards to developing back to its former self, and celebrating in 2022 its 50 year anniversary!